We had a long week-end in September

Last Thursday, I spent the whole day washing ironing, packing, tidying for a wedding and short holiday. Everything was ready to go, all we had to do was to get some petrol for the car and pick up a dress from the dressmakers. So early to bed! Printed off AA Road Maps (more about these later). We have a SatNav too, but we looked at the maps and decided it might be just as easy without the SatNav! NO!

Friday morning woke early, case and bags put into the car, ate breakfast and left home precisely 7.20am to collect Granddad in Okehampton an hour and forty minutes away.
First part completed and left granddad’s house about 9.15am for the journey to Tetbury in Gloucestershire, Kingscote Barn to be exact! We checked the print outs (again more about these later!) Eventually we found where we were going after ending up down a muddy track to a Lavender Farm! Met Michelle and Lizzie and collected Caitlin’s dress, and made our way to the Premier Inn at Stroud, just five minutes down the road - huh! We missed it twice because the place could not be seen from the road! Anyway Peter half an hour behind us found it first and waited for us - well we had the dress!

Peter had his SatNav too and he was actually using his (the reason we didn’t use ours was because the sucker that sticks to the windscreen had been broken off accidentally so the passenger has to hold it!)
We found our rooms and, washed and brushed up and changed and went off to the wedding. 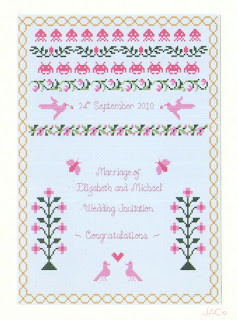 The venue was beautiful, hidden away in a valley. All the guests gathered in the foyer of the barn. We met friends and relatives and chatted for a while then everyone gathered in the main room and had our “important” talk from the registrar about not taking photographs whilst the ceremony was being performed or throwing confetti, but we had bubbles to blow, very entertaining for Caitlin and other young children at the ceremony. When the ceremony started two Flower Girls and a Page Boy (Lizzie’s cousins) walked down the aisle first followed by Michelle and Sophia (Lizzie’s Sisters) then Lizzie and her dad, she looked so radiant wearing a cream strapless dress. Just as the ceremony got to the solemn bit, the vows etc, Caitlin decided she had had enough sitting quietly, wriggled, screamed and mummy and daddy decided to take her out. A few minutes later they returned with a smiley Caitlin and a pink wafer biscuit!

Michael & Lizzie signing the register and smiling at Caitlin
After the ceremony, everyone left the room, for drinking, chatting, drinking, photographs more drinking while the room was being prepared for the wedding breakfast. The food was wonderful, a bar-b-que. 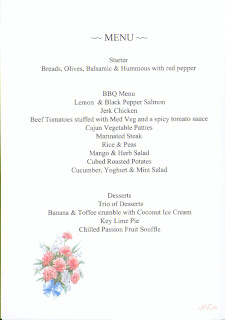 Then the speeches from Lizzie’s Dad, Alex (Michael’s dad) (Si and Ewan Best Men) The speeches were lovely and emotional, and very funny!

As the evening wore on the tables were cleared again more chatting and drinking and more evening guests arriving, and a live band, at this point we decided it was time to leave. The band was a Reggae Band, they were excellent but extremely loud!!! We must be getting old! The cake was cut, Chocolate and Kirsch, very yummy, we took ours with us to eat the next day. 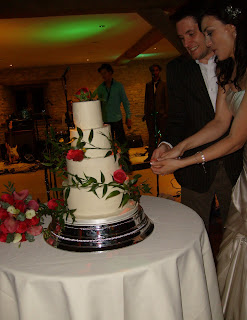 Saturday morning, Peter knocked on the door and said he was going for breakfast. I said you’d better collect granddad. Oh! he said, granddad is eating his and we are just about to have ours! We caught them up with breakfast and sat and chatted for a while. Then Jennie arrived to take granddad home for us. After we sent granddad on his way, Peter, Steph and Caitlin left, we thought we would look stay and look around Stroud for an hour or so (very nice, small shops market etc.) because we were going to have a few days in Bath and the journey to Bath from Stroud was only about fifty minutes……….


Did I say fifty minutes? Two and half hours later, (MAJOR jam on the A4) we arrived at the Francis Hotel via the Toll Bridge at Bath Easton and yes, we used the SatNav from Stroud and did we need it! We arrived about three o’clock. Went to our room, had a cup of tea and then felt revived enough to walk round the town a bit just to stretch our legs.

Sunday after breakfast we went round the town again via the Circus. Walked up to the Assembly rooms and back into town stopping at Sally Lunns for a Bun for lunch. Bought some fudge from the Fudge Kitchen. We also went to look at the Weir and walked over Poultney Bridge. 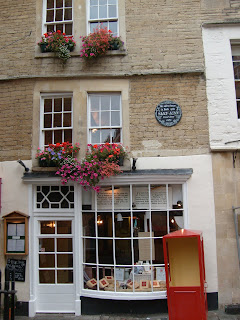 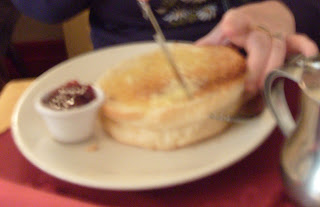 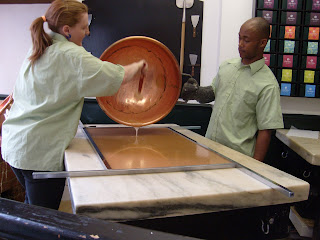 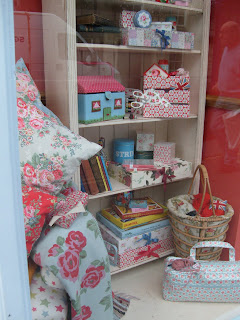 Guess who's window!
Monday again after breakfast we walked round the town again, looked in the other charity shops that were closed on Sunday, actually didn’t see much, I am beginning to feel charity shops are no longer charity shops but……..I don’t know how to describe charity shops now, but I feel they are not charity, shops. The shops sell new stuff and since Mary Portas has changed them to be this way I don’t seem to find anything I want. Found Cath Kidston’s shop, but didn’t see her Lion but there were loads of other Lions around the City. We saw the photographs of Britain by Air and also visited two museums, the Roman Baths and the Costume museum which has an exhibition of some of Princess Diana dresses. 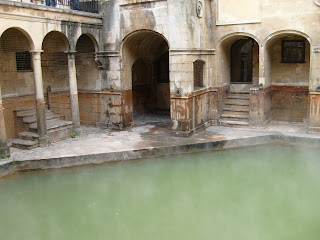 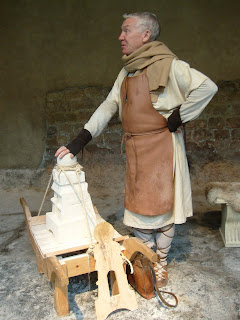 Chapter 3 - The Journey Home
Tuesday we packed for our journey home. I was hoping to go to Nostalgia at No.1. Remember me talking about the maps I printed off? Well, I went to put the postcode into the SatNav and it was only half there and read BA2 Timsbury and the map with the red arrow just stopped in the middle of no-where. (I didn’t check the print off properly because I have never had a half a post code before.) Alex agreed to drive round, and round, and round but we couldn’t not find it - I was pretty miffed about it. I even stopped at the local post office and asked, and the lady behind the counter and a customer both said they never heard of it, and a little later I managed to ask the same lady as seen in the post office in the Co-op the same question! She said if it is vintage I would know about it, I did explain the BBC had recently been filming there too, but never mind I will get there one day, I will I will….. So we continued our journey home via Montacute, to another museum, yes you guessed it we didn’t have much luck there either, Tuesday, the only day of the week this museum is closed!!! But we did have nice lunch in the pub next door to the museum. Onwards to Taunton, where we stopped to return Robert’s I-Pod. He has a knack of managing to have to return things just before the guarantee runs out, but because we bought it for his birthday the guarantee is in our name and they wouldn’t accept it at another Comet in Bristol where he lives, so when they ring, a trip to Bristol to return it to Robert! Shopped in Sainsbury’s and after eating glorious food at the Francis we are now back to Fish Fingers and Chips - He!He! Then home - there is nothing like your own bed!