We won a prize!

We don't win anything, but we won a prize!
Previous post - while we were at the Steam Fair we joined the West Somerset Railway Association,  because we joined that day particular day we were entered into a draw to have lunch on the Quantock Belle dining car. 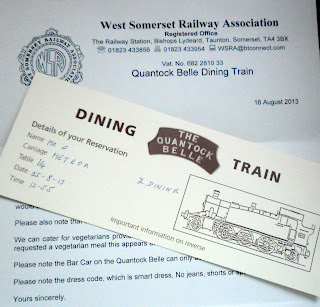 We had a phone call one evening, we don't normally answer phones calls if we are eating but we did on this occasion.  We were told we had been entered into the draw and our name was pulled out.  Because we live the 'wrong' end of the line, they gave us tickets to travel the one and half hour journey to the other end of the line and come back on the Quantock Belle.  We could have gone the out to Bishop Lydeard by car but what would we have done in Minehead for a couple of hours.........?  Perhaps come home..................... anyway we decided to just have lunch (click to enlarge and see bottom of menu) 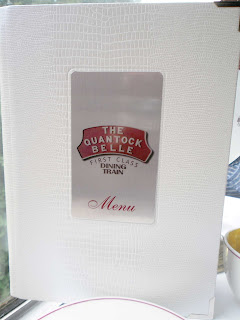 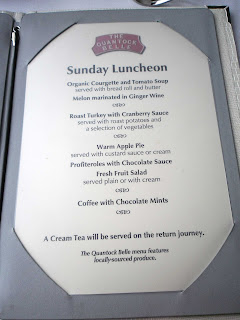 We decided to fore go the Cream Tea, and rode out to Bishop Lydeard, on the early train, we only had a forty minute wait then we were aloud on our train to come back.  It was not something on the top of our to do list, in fact I don't think it was on the list at all.  It was all very nice, the journey took just about two and half hours, going very very slowly.
Posted by KC'sCourt! at 13:24 18 comments: 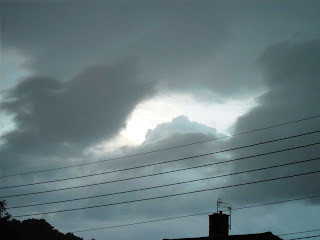 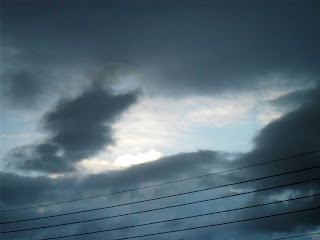 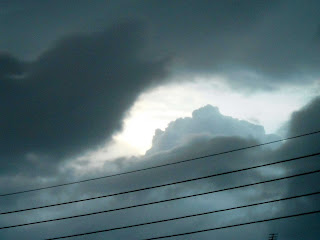 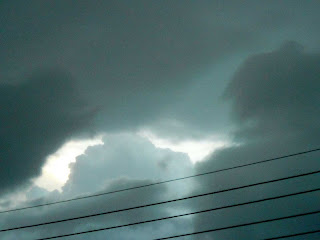 The clouds over my house on Friday evening, we had a thunderstorm, it didn't last long, we have actually seen and heard better ones, but this one was directly over our house at one point. 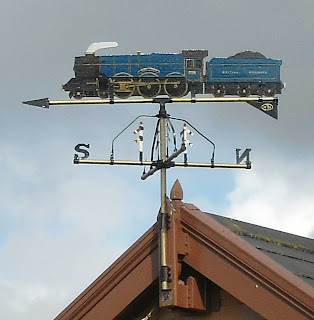 Saturday morning, we awoke after the storm to a sunny morning, but with black clouds in the distance.  Right to where we were going!  We went the the West Somerset Steam Fayre at Norton Fitzwarren. 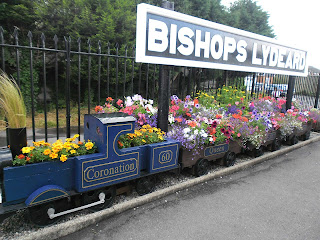 We drove to Bishop Lydyeard Station and had a free train ride to the Norton Fitzwarren siding for the steam fayre. 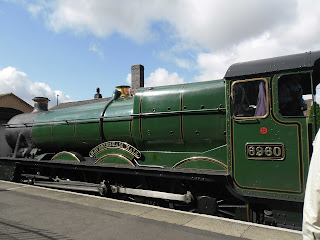 This train was actually going to Minehead! 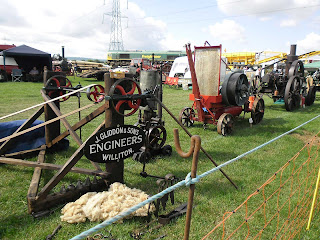 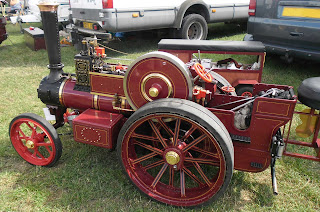 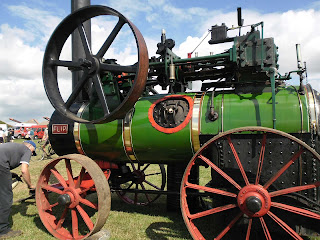 Proper size traction engines, think my favourite of all the 'steam'.  Think I prefer these to engines - don't know why......... 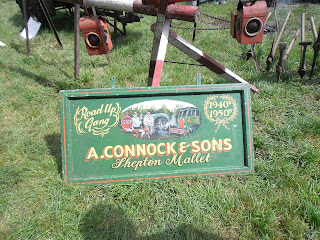 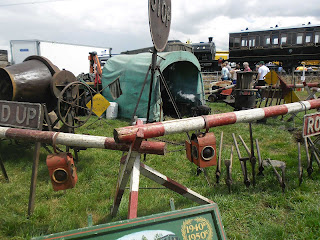 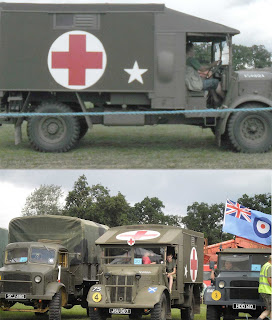 They had an armoured vehicle display too including this famous ambulance......
This ambulance appeared in the film Ice Cold in Alex with John Mills and Sylvia Symms

We saw the Starlight Pullman Car.  The name because it has windows along the top of the roof. 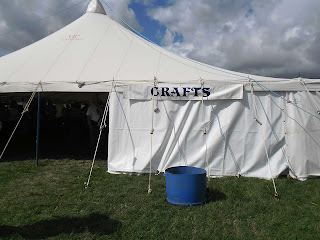 There was a craft tent too. But I was actually very disappointed.  Forty percent of the stalls were hand made cards, and forty percent were jewellery, made from glass beads, bracelets and necklaces.  The other twenty percent were other things like the barge painter, and the giant cookie counter.

Whilst we were there, there was a very heavy downpour where everyone scurried to the nearest tent, we ended up in the model boat tent! 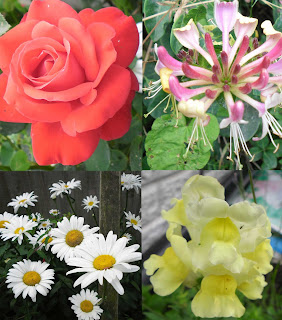 and after the rain! 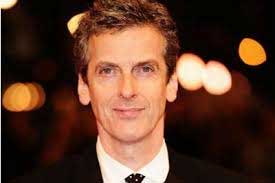 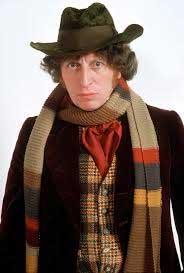 My favourite Dr Who!
Tom Baker 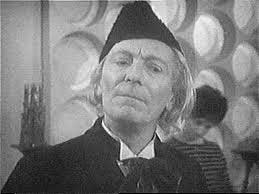 I have been watching Dr Who since it started back in 1963!  I was seven years old when it started!
So I remember dear old
William Hartnell.

Which Dr Who is yours?  (When you started watching it)
and which
Dr Who is your favourite?
Posted by KC'sCourt! at 19:46 12 comments: