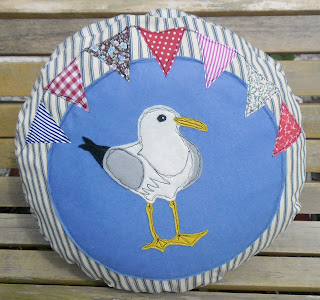 My friend asked me if I could recover her bar stools and make some cushion covers too.  She provided the fabric, there was loads left and knowing she liked Seagulls I asked her if she would like a cushion with a Seagull.
The pattern for the seagull is from Bustle & Sew magazine.  You can also get to Bustle & Sew by clicking on the picture on my sidebar too.
Posted by KC'sCourt! at 11:42 5 comments: 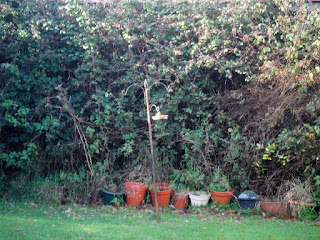 From this at the beginning of January 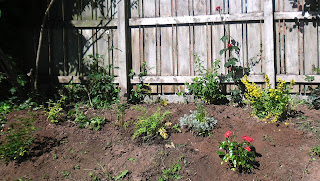 Just got to keep the weeds down and hope the plants spread!  At least we are not plagued by the Welsh Leek in the back like we are in the front.  I have more plants in pots which are dotted about the garden to put in.....
Posted by KC'sCourt! at 10:13 7 comments: 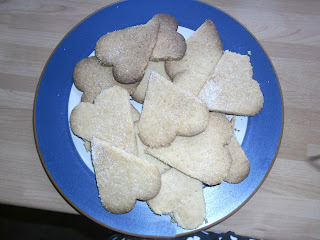 To celebrate I made some shortbread

Easy recipe to make, I make in ounces, because that is the way I was taught to remember it and make it, and besides it really doesn't sound right in grams!

Put all the ingredients in a bowl and rub together with finger tips, work well and as the butter melts the ingredients all gather together and the bowl becomes clean.
Place onto a floured surface and roll out about 1/4" thick and using a biscuit cutter cut out shapes and place onto greased baking sheet.  Keep doing this until all the mixture has been used up.
Prick the shapes with a fork and cook on 180 degrees, Gas 4 for about 15 minutes.
When cooked take out of the oven, sprinkle with sugar and leave on the baking sheet for about 5 minutes to cool a little.

Deforestation of the Garden! 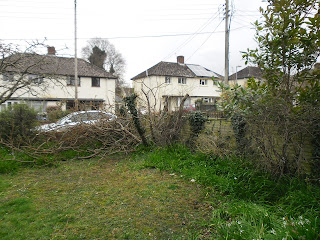 Back in March we had our Sumach tree pollarded. 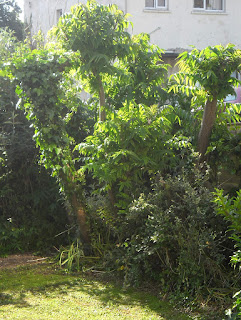 now it is growing leaves, and the trunk is  looking like giant lollipops, except the one which is smothered in Ivy.  It needed cutting because it was beginning to look like a giant canopy and not letting the sun into the garden, even cutting the grass late afternoon when the surrounding area was dry where the tree was the grass still had morning dew!

But.......the tree got its own back, and sent up thousands of suckers,  This type of tree does send up suckers, but after having the tree cut it has got its own back and has sent up four times as many than normal.

Our front grass all it has going for it, it is GREEN!

Because of the recent downpours, yesterday we thought we had better tackle the "mini forest" 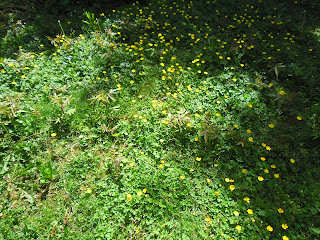 We had a profound Buttercup patch, looked like a Buttercup field 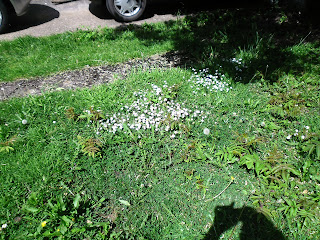 A small Daisy patch as well 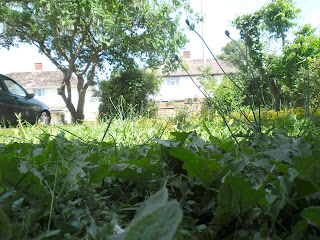 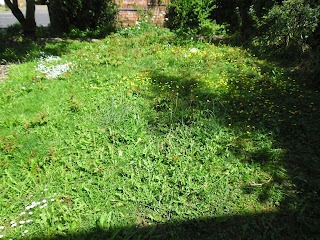 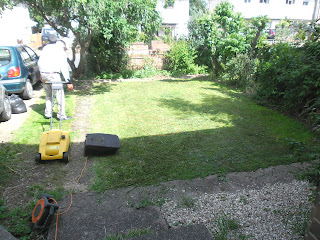 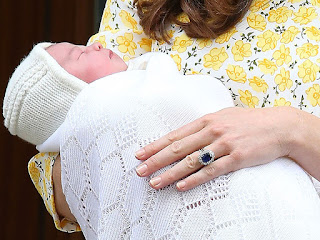 I have just knitted this sweet little bonnet the new little Princess Charlotte wore the day she was born. 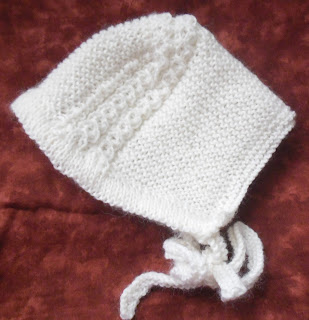 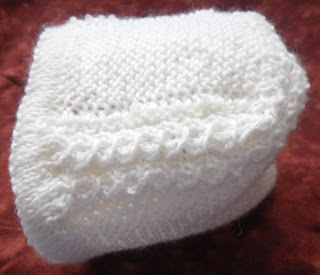 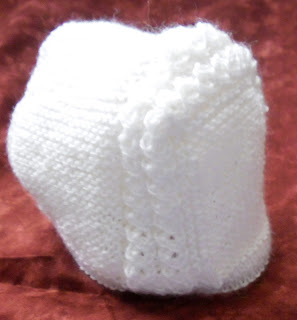 The pattern(s) can be found here
I chose this one.
It was very easy to knit even the cable pattern was simple you didn't need a cable needle, you just knitted two stitches and slip a stitch across.  It was knitted in one piece, the only stitching was to stitch in the ends and stitch up the hem for the casing for the ties
Posted by KC'sCourt! at 08:59 7 comments: 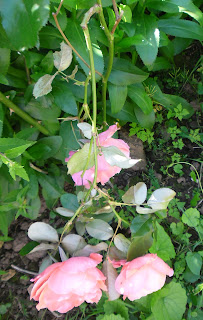 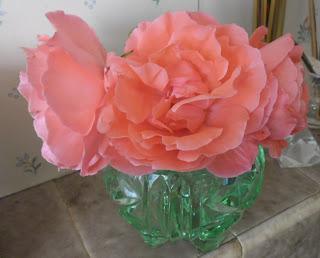 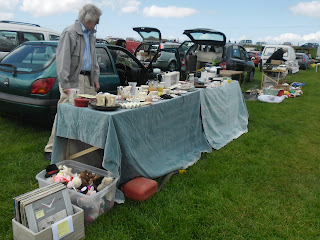 The boot fair yesterday at Blue Anchor.  The field was full with sellers and loads of people looked.  Although after the pitch fee we made exactly £32, not sure how though because people picked up what they liked, asked the price, I said £1, most things we were selling were a £1 they put it down again and walked  away.  What do they want these days FREEBIES? 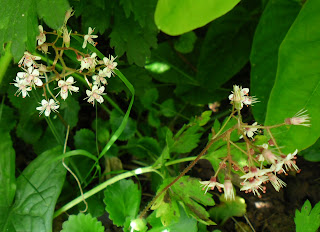 Someone said to me once what do you want that for its a WEED!
Weed or not I like London Pride.  It is of the Saxifraga family.