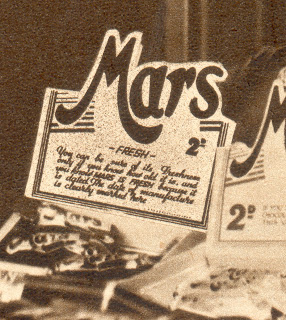 We love looking at old advertising.  Alex spotted this advert!
Cannot see the date.......but the Radio Pictorial magazine was dated 31 May 1935!
(click on picture to enlarge) 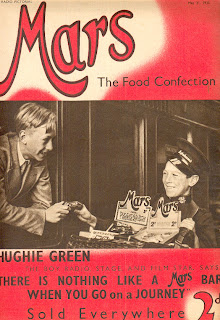 The young lad hanging out of the train carriage is Hughie Green.
He was featured in the ITV1 "The Talent Show Story" last Saturday.
Posted by KC'sCourt! at 18:28 15 comments:

Get crafting!
The first thing new owners of where I have been working for the last seven and half years did was to cut my hours!  As you can imagine I was not at all happy, but with this extra time on my hands I have decided to craft if I get the inspiration motivation! 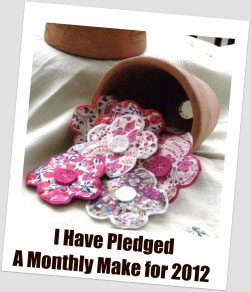 So this year I thought I would join in the Monthly Make with Annie!
I will do my best to make and show something once a month.  I have loads of stash that needs using up and I  need a good kick up the botty to get motivated.
I have promised myself to fill my shop with lots of goodies! ﻿
Here is my first make! 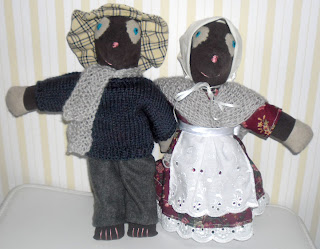 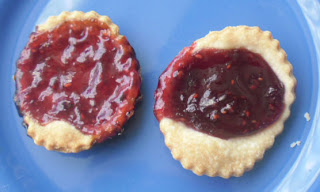 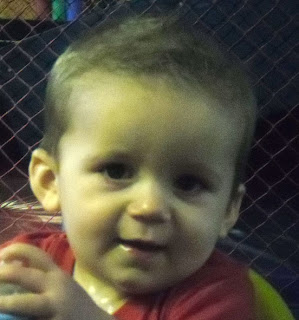 Our other little Sweet Heart is one today!
Ok where did that year go!!﻿
Posted by KC'sCourt! at 15:49 12 comments:

Blowing Away the Cobwebs!

The sky went black, it was only just before midday and the heavens opened!  Two minutes later sun was low in sky and very bright.  It was then we decided to go down to the sea just to blow the cobwebs away, back to work tomorrow after being off from the Friday before Christmas.
Since blogging I have never actually taken photographs of Minehead when the tide was in.  This morning not only was there bright winter sunshine but the tide was in!
The from Butlins to the Quay

﻿
Although there wasn't a train in the station.  There was a surprise in the station shop.  A surprise in which I had to do a double take, then I'm still wasn't sure until the lovely lady said hello, it was Hen.  Lovely to see you all gain, hope you enjoyed your trip to Minehead and you didn't get too wet.  After a little chat we said our goodbyes to them walked back to the car and drove home in time to see darkness arrive and the heavens open again about an hour after last time!
Posted by KC'sCourt! at 15:50 8 comments: 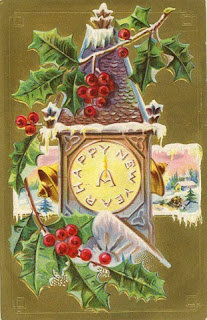 *~*~*~*Joyeux Nouvel An *~*~*~*Godt Nytår*~*~*~*Gelukkig Nieuwjaar*~*~*~*
*~*~*~*Glückliches neues Jahr*~*~*~*Buon anno*~*~*~Kalendis Ianuariis*~*~*~*
What are you doing this year?
I Don't make plans - they never work out if I do, I Never make resolutions - I never keep them!
When I checked back to last year I said I would set my self little tasks, well the little tasks did happen but not until about September when I stopped working on Fridays, I was able to get on and do things with that extra day at the weekend so still working on the little tasks.
A year ago I said I would just use from my stash of stuff, I did, but continued to purchase knitting yarn, mmmmmmmm...................note to self no more knitting yarn!  Most of the time I went shopping with a shopping list, or better still sent Alex, he shops to the list - most of the time- 99% of the time, sometimes he bought in a treat, well as he said it was cheap!  Have stopped going into Charity Shops, they are far too expensive, and I haven't seen many pretty dresses for Caitlin, very rarely seen any little boys clothes, some charity do not sell childrens clothes - as I was told by one managress when asked why - answer, "because we cannot be bothered"! Also now charity shops seem to sell lots of new stuff!  I did go to the library a lot!  With the exception of the lovely books I received as gifts from my good friend Jane, and she always seemed to pick the one I looked at and pined over - how do you do that?  I haven't bought a book this year!  Tip:: go to the library this time of year, all books seem to returned so the selection of books is great!
So all-in-all I think I will just take each day as it comes and just live for that day, but I have decided to do a craft fair this year, I will tell more about it another day, but it does mean I am going to have to start working on things NOW!  Lots of sorting needs doing for this fair too.................
Now like last year I'm off to take the Christmas decorations down and write thank you cards!
Juicy Fig said she was going to try and blog everyday, I said I would try and leave a comment everyday!
Languages used at top of post
French, Danish, Dutch,German,Italian,Latin
Posted by KC'sCourt! at 09:52 20 comments: 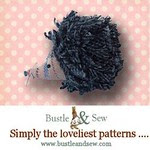