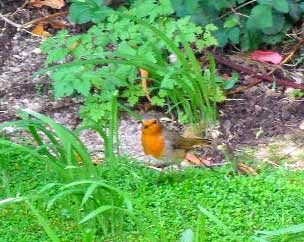 ................when you're caught chatting to a Robin whilst keeping the weeds at bay .  We had a lovely chat!  Didn't do much weeding only about ten minutes was all I could muster (read previous post).  You be surprised how much the neck is used in any movement!
I do know when to stop, but if I don't make myself do something I will be come quite lazy!  Whilst my neck was really bad I was watching re-runs of Lovejoy and Bergerac, even that can become boring!
Posted by KC'sCourt! at 09:55 8 comments: 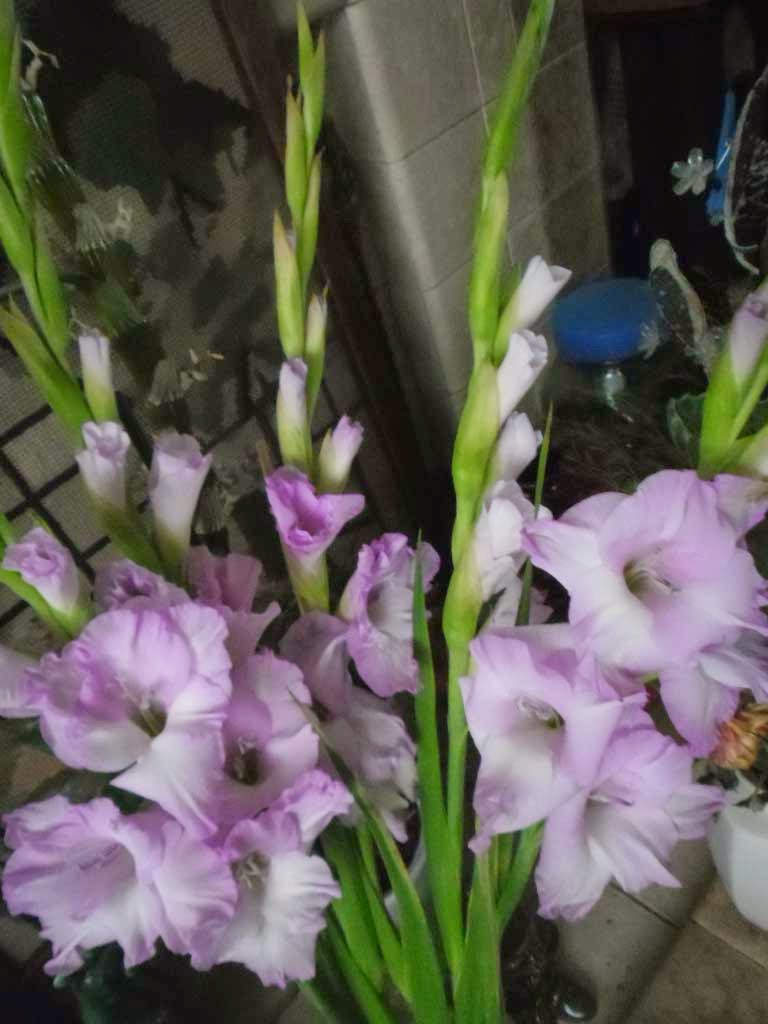 I just had to show these pretty Gladioli at 'past their sell by date' in Morrisons for 85p!  They are such a pretty lavender colour, the photo doesn't do them justice.

I still have my stiff neck but now we are into week two of it easing.  I am not a patient patient to say the least!

It all started whilst we were on holiday, one morning I was sitting in the car and slowly I could feel my neck stiffening, I didn't think anything of it because I have often had stiff necks and it has cleared within a few days.  By the time we returned home I wasn't sleeping normally.  My sleeping position was sitting upright,  After a week of that, I went off to the doctors.  I had Torticolis. The muscles in the neck hook themselves onto the spine. (The way to describe - the spine is a series of 'Y' stacked on top of one another, and the muscles hooked themselves on the bits that stick out at the top).

The first week I was prescribed paracetamols, anything stronger can affect the stomach lining. I went back the second week and she prescribed Volterol, (industrial strength) but after a few days I had to stop using it because it was causing a rash on the back of my neck. In the meantime I got in touch with a really good friend who is a Osteomyologist. She agreed to call in to see me on the way to seeing her grandchildren. What she does is like physiotherapy and but far gentler. As soon as she worked her magic I could feel a big difference.

Now it feels like a bad sprain in the back of my neck. I am now sleeping normally but still find it difficult to turn naturally in bed, so sometimes I have to physically get up and re-position myself, but at least now I don't lay down and worry thinking I cannot get back up again, although sometimes it feels like that, but then as I just said I am not a patient patient! I am sleeping better but not getting a good nights sleep but am sure it will come eventually. 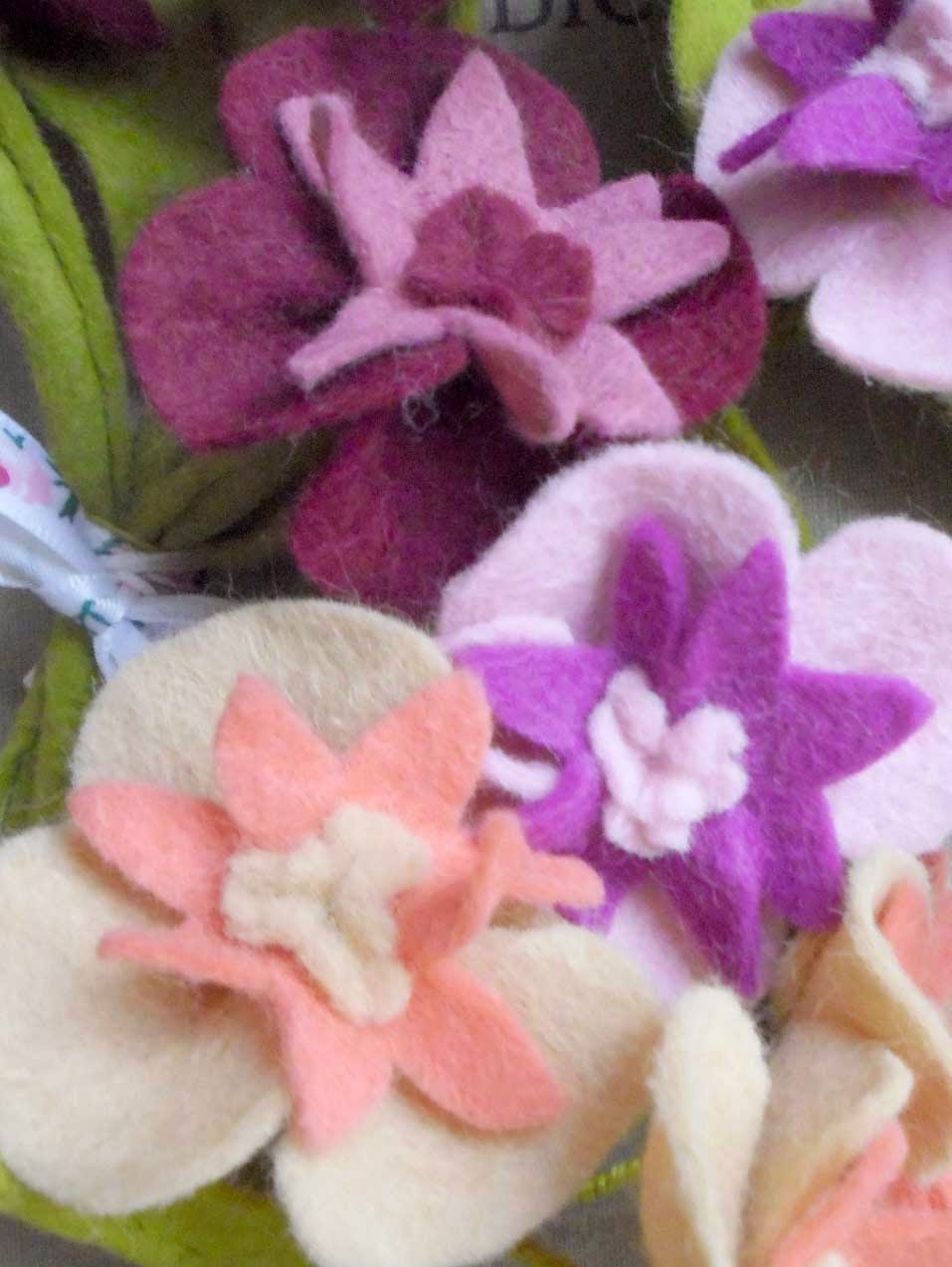 I have spent the weekend resting watching films and nursing a very sore stiff neck which when I went to the doctors last Monday found it had a very long name but cannot for the life of me remember what she said!  Its still very sore, and for a week been sleeping sitting upright in bed because that is the only position I can get comfortable.  This is the third week.......... From Tuesday will be the fourth week eeeekk!   I just wish it would go quietly like it appeared all of a sudden!  I cannot bend down or move my head from side-to-side without swearing and the words are not at all ladylike!

The flowers can be found here
Posted by KC'sCourt! at 15:59 4 comments: 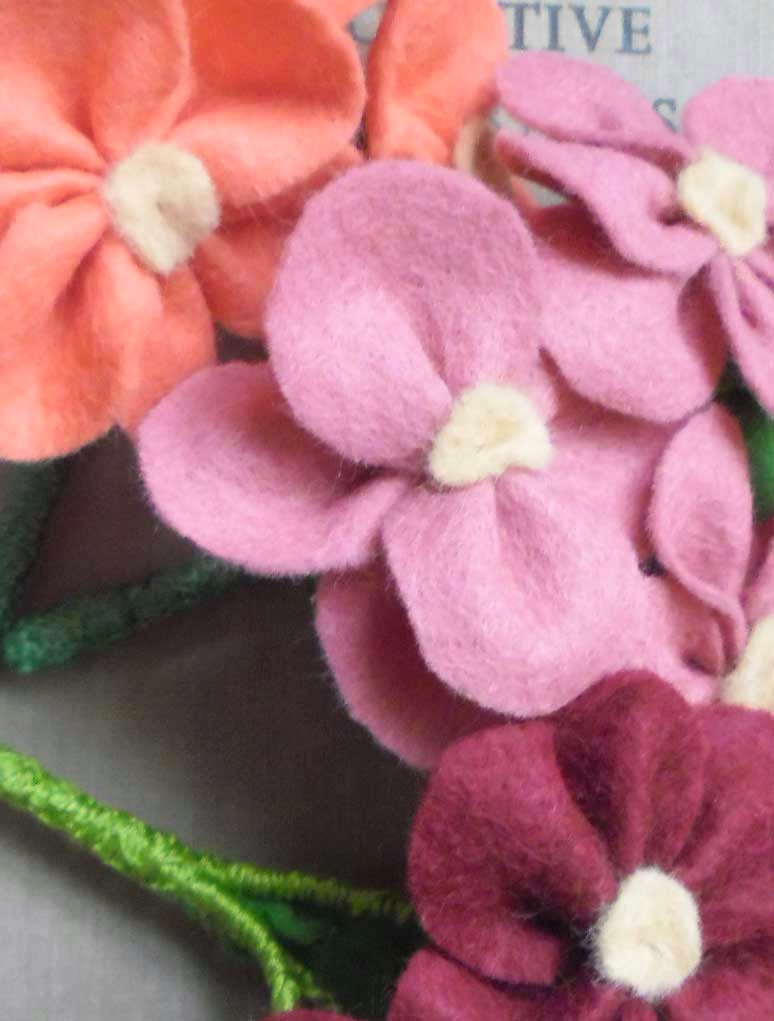