Cyril the Seagull has landed again! 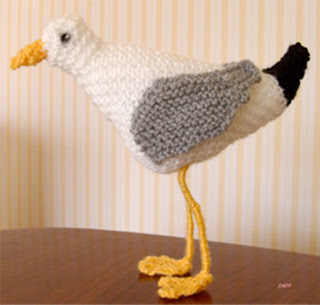 I have also opened a new Blog.
The name was suggested to me by my friend Jane when I was having troubles with my blog a year or so ago.
It will be my catalogue of things I have created that can be bought, occasionally I will give free patterns too!
Posted by KC'sCourt! at 19:37 11 comments: 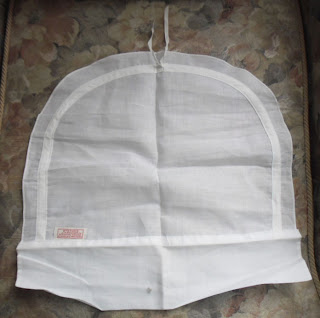 I was given the other day lots of embroidered tablecloths, lace and other items by a lady who was downsizing.  I have known this lady for a few years now through my jobs in the post office and the craft shop, but we actually got chatting when I met her on the bus going to Taunton the other week.  Anne was off to see her daughter, but we had a nice long chat, and I was telling her what I was doing next etc. etc.  A week or so later she popped into Sally's shop and gave me two rather large bags of stuff, she says most of it belonged to her mother.  Anne was downsizing and going into private warden controlled flat. In amongst the lace which I will show another day was this item.  For about a week I stared at it.  As you can see it is fine linen, and has a draw string going round part of it. 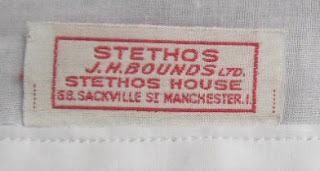 This is the label you can see.  I googled it - the building is still there! 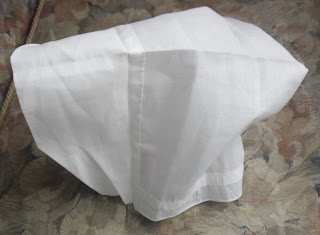 part of a bonnet. I think you wore it whilst doing the housework and then put the straw bonnet on the top when you went out.

BUT..........What is a real mystery to me is how do you up load your own pictures and re-pin on to PINTEREST? 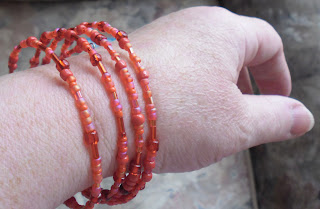 Simone for this pretty bracelet I won on her giveaway. 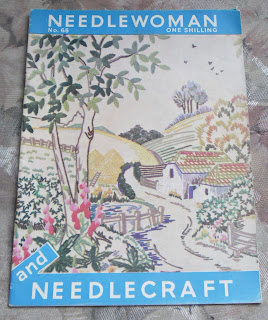 Gill for sending me this magazine after reading my previous post. 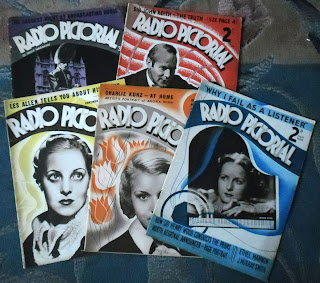 I have often spoken of the magazines Alex collects.
These ran in conjunction with the Radio Times up until September 1939.

I thought I would show you my collection(s) of  magazines 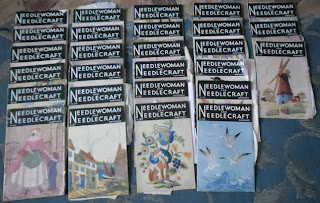 WW2 issues (slightly smaller than A5) 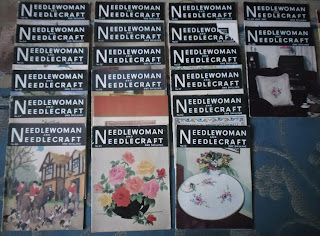 Forties and Fifties
My late mum (born 1933 so she was six when WW2 started) had a few of these magazines in a drawer (so working on that they must have been my grandmothers) I loved looking at them as a child I even practised reading patterns for crochet and knitting, I loved the old patterns and in one magazine there was a pair of mittens which I knitted and was the envy of friends at school.  My parents lived in the same house for over twenty years and then went and built a house in Devon so everything was packed up and put in storage.  At this time I was not interested in vintage and also had two boys under three (born 1981 and 1982) so I was busy to say the least, not much time for crafting, then a few years later mum asked me if I wanted certain things and I asked for the needlework magazines, she said she gave them back to nanny soon after I left home but they were not in amongst nanny's stuff after she died so mum assumed she had given them back to me or they had been chucked out because mum said a lot of stuff was missing after nanny died so thinks granddad must have go rid!  I did have a few copies that interested me which I had kept but now I wanted the rest.  So it was then I started buying them whenever I saw them at boot fairs etc, they were quite cheap then!  Because I  knew what mum had off-by-heart I haven't yet managed to replace a few copies including the one with the mittens pattern in!  But........I always believe in things come to those who wait!

You see inn the above photos that there is paper protruding from the magazines I have managed to repatriate the transfers so I know which magazines mum had, I have also managed to match transfers which had to be sent for into some of the magazines too!

I have managed to source many of these wonderful magazines from the lovely ladies at Milly & Dottie and EBay.

I also have in my collection which were mums 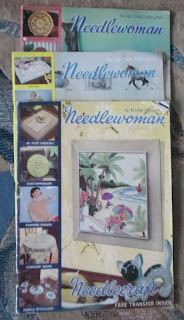 These magazines I have purchased over the years 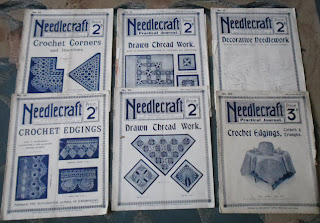 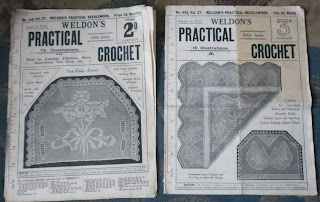 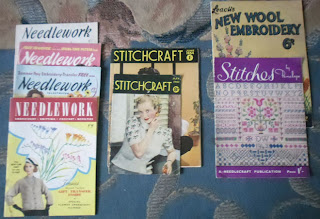 I have these which are WW2 and fifties. 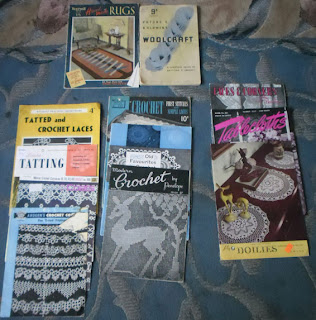 I also love fine crochet and tatting,
I have even adapted a fine crochet doily pattern into
a baby shawl using 4ply baby pure wool! 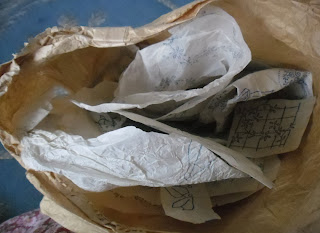 this 1960's brown paper bag once belonged to my grandmother, it contains many old fashioned embroidery transfers.  You cannot buy these wonderful transfers anymore because good old health and safety has stopped the manufacture of them, oh yes you can buy books with transfers in that are useful because you can re-use the transfers many times over, but the original ones the transfer printing contained lead. 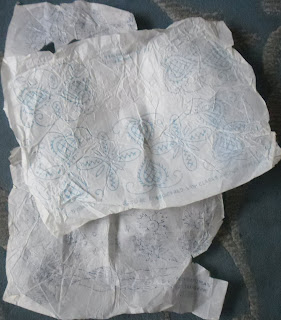 These two tatty transfers belong to Needlewoman and Needlecraft Nos. 70 and 98.
Reasons only beknownst  to my mum she removed all the transfers from the magazines so I know these two must have passed through our hands! 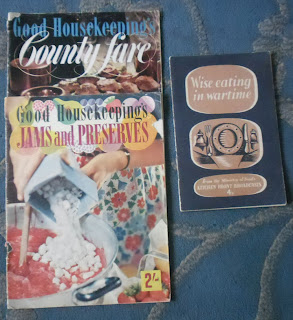 These were mums and grannies too.
I have two more of the Good Housekeeping books about sweets and meals for two.
I actually use these a lot. 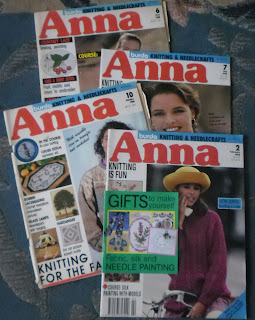 In the eighties I use to purchase these wonderful German magazines.
These were printed in English although I have German ones too.  All the advertising even in the English publications are in German.  They were very much like the Needlewoman and Needlecraft in their format and included a transfer (which can be used many times) in the centre pages just like Needlewoman and Needlecraft!

In the mêlée of the Vintage Fayre and Sally opening her shop
my husband had his 65th Birthday on 23rd June and he retired on 29th June.

This week he was quite unsure of what to do so I said look upon it as an extra long holiday!
Posted by KC'sCourt! at 12:18 15 comments: