Please bear with me on this, it's a bit convoluted but typyical of how complicated doing something simple can be these days! Our shopping trip to Tescos this morning started out calmly, but by the time we left I think even the computer was confused! There were a few offers in the fruit and vegetables, and it was everything I wanted. Potatoes, tomatoes and cucumber. Offer one was buy two items for a £1.00, chose cucumber, cherry tomatoes and pepper, I wanted tomatoes and cucumber. Alex said the tomatoes didn't look like the right ones, so asked the young lad who was restocking the shelves, reply they are on the end madam, well I looked could not see cherry tomatoes. Offer two was On the Vine Tomatoes and new potatoes, buy one get, one free. I managed to get both of that offer just about, few bags of new potatoes left on shelf. Offer three buy one get one free on tomatoes. We asked the supervisor who was a bit puzzled so she summond the Fruit and Vegetable supervisor, yes he said there are no cherry tomatoes left and took the ones which were wrong that were on the shelf from shelf off. By the time I had gone through the till I checked my receipt before I left the store and I somehow ended up with two packets of tomatoes free! (The answer is that the vine tomatoes were where the cherry tomatoes should have been, but you'd guessed that anyway hadn't you!) 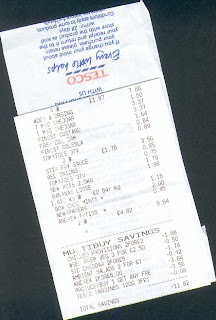 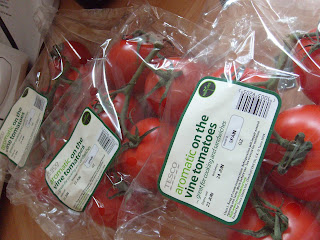 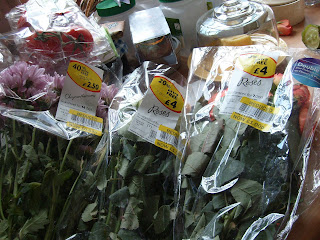 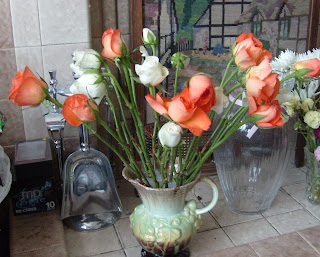 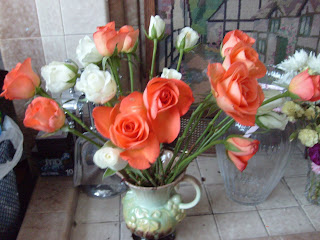