This morning was the first of our Boot Fair season. It was a bit of a fiasco for all concerned. Why.........no-one read the small print! In past years the 20 Acre Boot Fair started at 9am, but if you got there at say 8.30 or before, there were always sellers there and the gates were open. This year things have changed. You set up at 9am and the buyers were allowed in 9.30. There were lots of cars parked in the road leading up to the field and cars passing because they thought the cars waiting were parked. The cars passing were being sent back by Boot Fairs Sellers taking on the roll as policemen! The Boot Fair organisers somehow sorted the sellers from the buyers and allowed them through first then they let the buyers in about ten minutes later. All ended OK. I did not buy much, a recipe book and Book Ends. 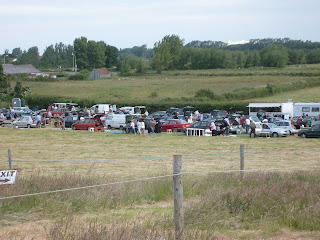 My Roses from yesterday - they seem to be improving,
they are in a sunny room so they have opened up more. 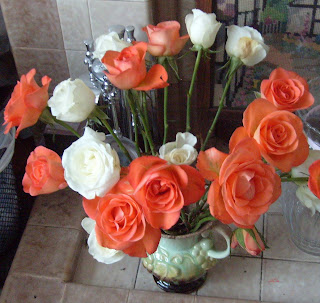 This sweet smelling Rose is called
Silver Jubilee, it was given to us
four years ago by our good friends
David and Jane for our 25th Anniversary 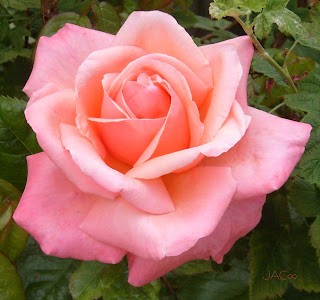