A Bad Day at the Computer Desk!

I blame the Gods! I can only imagine what actually happened after my husband spent and hour and half typing something he needed for that afternoon on the computer only for it to CRASH! Apparently in a rather big way, and to say the air was purple was an understatement, I was quite glad I was at work when all this happened. He regaled the whole scenario when he came to pick me up. He ended up doing what he needed to do with good old fashioned pen and paper! I came to do my blog yesterday afternoon to have it happen again, perhaps a coincidence I don't know but at the same time we were in the middle of a Thunderstorm - the gods must have been really angry with one another! The thunderstorm started about 3pm in the afternoon and going on for about 12 hours. 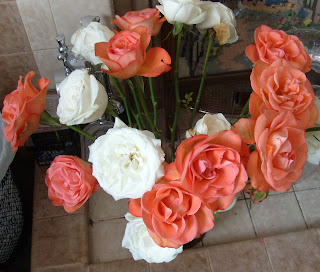 My roses are still going strong, I bought them last Saturday.
This photo was taken yesterday
but nothing has really change with them
I shall have to look out for some more flowers
at that price £1.00 per bunch and on their last stalks!!!! 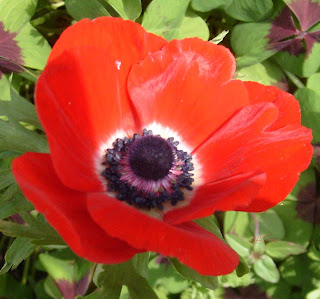 One of the bright red Anemones taken early
yesterday morning while still perfect! 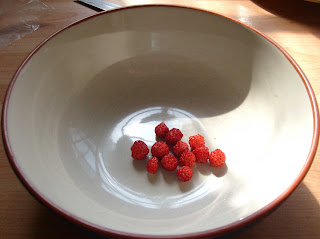