Clever husband went on one of those forums, and a kind person helped us out with one specific problem, and after we 'liked' and thanked him a few days later he emailed again giving us a few more tips and guess what we have a computer now that looks very much like XP but is actually Windows 8.1.  I'm happy!

Well I was till one very chilly morning at the beginning of the week I found my new 100% wool gloves had been attacked by a moth!  The way they were put away, the moth nibbled through most of the fingers. 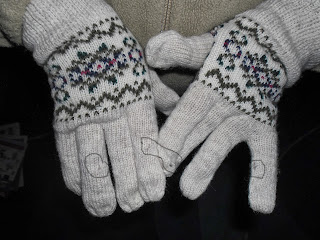 Does anyone have a natural remedy for keeping moths at bay?

Then I went to Tesco this morning to replace the brandy I had finished after about four years and to be ready for next years Christmas cake.  Everyday Value brandy just for cooking with, not only was quite expensive but, it now comes in a plastic bottle!!

Don't forget its the start of Advent tomorrow, not to late to join in.....
see here and here