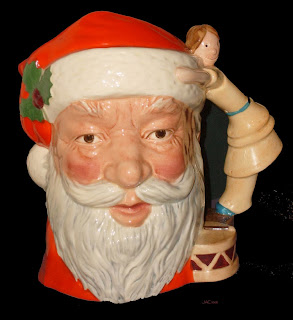 Still blogging from old computer - but as I'm like a dog with a bone I will get is sussed.......  one day, but not today, loads to do, like finishing knitting for DIL,  I'll watch a film while I'm doing that this afterrnoon, altering curtains for son and DIL,  need floor space for that, so cleaner needs to be put round, and generally flitting from one thing to another this week as the Vintage Fair at Trull,  Taunton, Somerset is creeping upon me that is 14th December.

Today is Stir-up-Sunday!  I don't make puddings, but I make my Christmas Cake today, the fruit has been soaking for a week in brandy so plump juicy fruit to add to the mixture.

As from Tuesday 26th November it will be exactly four weeks to the big day, hasten to add Tuesday is our middle son's 32nd birthday, then for four months till 26th March next year we have two son's of the same age!


Next Sunday is 1st December which means we start opening doors on the advent calendar!  Do any of you remember Advent calenders without chocolate?  I used to love opening each door to see what the little picture that was hidden behind.  Chocolate Advent calenders were quite expensive in the sixties, that is if they even existed then!

Would anybody like to join Josie and I in posting a christmassy picture everyday from 1st December to 24th December on their blog as if it were an Advent calender.  It could be a wintry scene, it could be just a picture of a Christmas card, anything leading up to 24th December.  There are lots of Christmas pictures online, or it could be something from YouTube, or just a Christmas picture of your own  Go to my posts from last year see what I did............ Josie's are here, just follow the days through.......

It would be lovely if lots of people can join in........... Just leave a comment and I will list you all next week who are joining in.