Ever since he was a little boy my son Robert has always wanted to act! At the age of five he donned my very bright Christmas jumper and gave us a magic show, he played the little donkey in the school nativity. Three years at Preston uni he studied Performing Arts, then spent a summer at Warwick Castle playing a ghost! Now.........he is an extra - non-speaking but that's a start! He is an extra in BBC's Casualty, and on Saturday 24 October he will be an extra in the BBC series Merlin, he is in a few other series which I will tell you all about nearer the time but at the moment I'm sworn to secrecy! 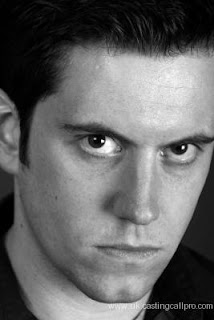