I have put the pattern below for anyone to use,
but please only for personal use.
Please do not use it for commercial use. 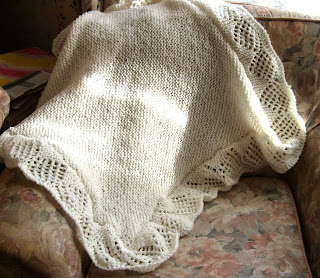 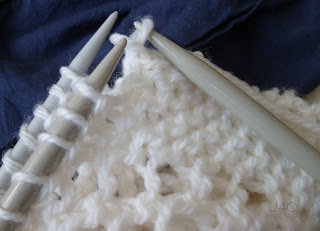 When completed pick up the stitches from the other end
and undo the cast on row, making sure the knitting is not twisted.
With the two needles together pick up the first two stiches together
and knit, then then pick up the second two stitches and knit,
casting off loosely in the usual way 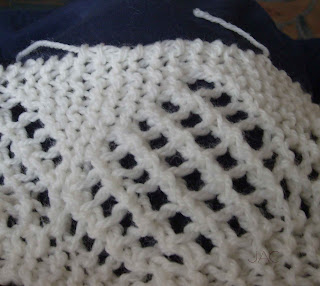 Count nine patterns, in the nineth pattern
thread a few stitches with a piece of matching wool.
Do this four times 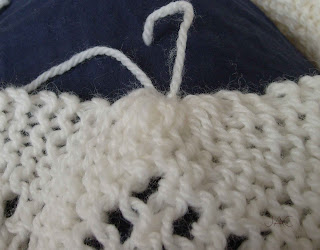 Pull the ends together tightly and knot
these gathered pieces are placed on the corners
Pin the edging around the centre panel and stitch in place
Posted by KC'sCourt! at 12:56