I am not a happy bunny today! I feel like the child who is told you cannot have ice cream if you don’t eat your tea! Perhaps I am being a spoilt brat but when I get told I could go to Totnes, come what may, on Friday 21st May, I expected to go! I really shouldn’t have boasted I was going to Totnes again after a ten year gap of not going, I should have kept quiet about it and told people afterwards. Well the chauffeur (I don’t drive - I don’t like driving so I don’t do it - long story) awoke this morning not feeling well (I‘m sure he does it on purpose!), so there I was laying in bed 7am the time we should be leaving Minehead for a two hour drive to South Devon. I somehow knew yesterday we wouldn’t be going out today so I don‘t know why I am so disappointed. I decided to get up put the washing in the machine, go on the computer and read “happy” blogs! I am thinking thoughts of Murder and how I could commit murder to three members of my family without being found out! I was told we can go to Totnes tomorrow……..‘TOMORROW!………..I should have chosen Tuesday to go then there would have been a fighting chance of getting there all I wanted to do was to go to the Market, I could go alone on the bus, but actually takes and hour to get out of Minehead! Reading Sal’s blog there is something going on in Exeter tomorrow too. I thought I can‘t have both because we were not staying in Okehampton.……..but on this occasion I would prefer to go to Totnes. If we had been staying in Okehampton we could have gone to Exeter on the way home! 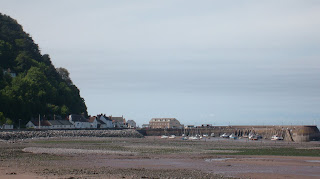 Yesterday we played tourists for the afternoon, I bought an ice and sat looking out to sea, nothing unusual in that you might say but the ice cream was melting faster than I could eat it! Locally made ice cream with a good reputation, if I had taken it back there would not have been any evidence of it ever being in the cone, it would have looked like I had eaten it and gone back for a refill, I emailed a complaint, still awaiting reply. 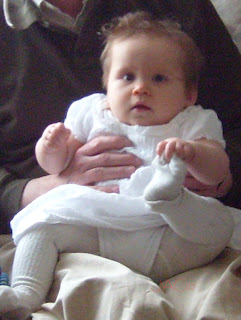 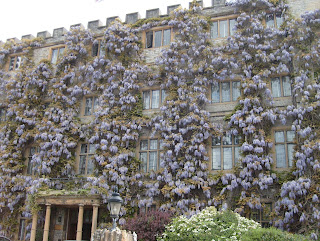 Monday we went to Taunton, a brief visit in town and tea and cake in the new tea shop in town, then out to the outskirts for a new computer monitor We really do need one and I thought really we could do with out the expenditure on such thing, but since having it for four days now I realise how bad the other one had got! I also nearly bought a new mixer on Ebay as the other gave up after thirty years of use but according to the man who knows it’s capacitor had blown up hence the smoke filled kitchen. Hoping for a repair soon! I have brought a new hand mixer but I do prefer to using my big mixer which is now laying a box awaiting this capacitor - one day!
Posted by KC'sCourt! at 11:19